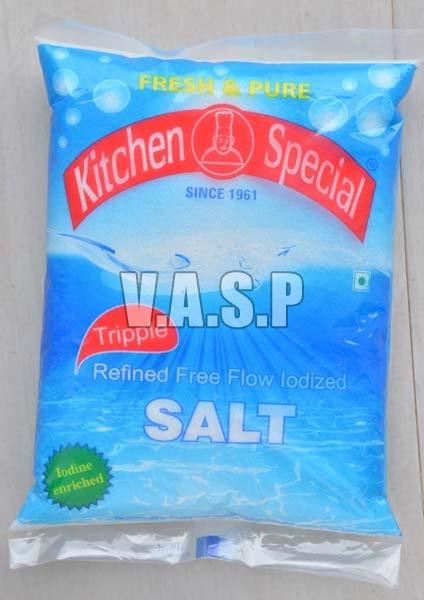 Iodine present in Iodized Salt is a micronutrient needed in small quantities by the human body for proper growth and good health. It is universally agreed that the lack of iodine in human body can lead to serious deficiency diseases like endemic goiter. Iodized Salt provides that small but necessary amount of Iodine needed by the human body.


Surprisingly sea salt is not rich in Iodine at all. Some natural sources of Sodium Chloride have appreciable amount of Iodine mixed in it but not sufficient for the prevention of Goiter. Thus, Iodine is administered in edible salt, giving it the name Iodized Salt, to compensate for the absolute environmental deficiency of Iodine. Mass administration of Iodine has been performed in various parts of the world at various times. Governments of various countries all over the world are increasingly adopting new health schemes wherein Iodized Salt consumption and distribution has been made compulsory as a permanent measure for public health.

This entry was posted on September, 20, 2012 at 12 : 03 pm and is filed under Iodized Salt. You can follow any responses to this entry through the RSS 2.0 feed. You can leave a response from your own site.