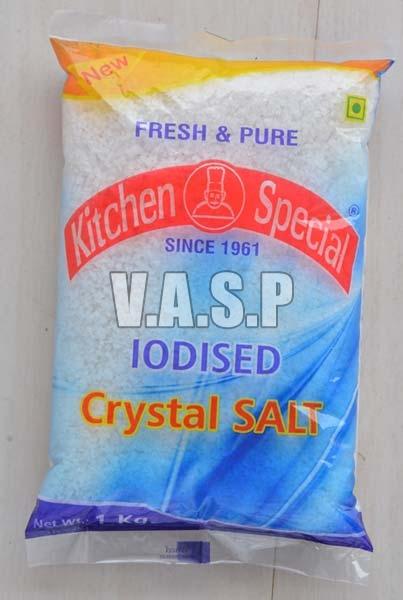 Popularly salt is used as a significant element for cooking and for preparing food with delicious taste. Known as Sodium Chloride in the scientific world, cooking salt is a mineral having a chemical formula of NaCl. Cooking salt is commonly extracted from the sea water where it is present in a large quantity. Cooking salt is considered as one of the most relevant ingredients in the human food. It brings the spicy and salty taste to the food. Traditionally cooking salt is made by the procedure of evaporating the sea water. Besides cooking, common salt is also used in the agricultural process. Cooking salt is made from the sodium chloride which is an essential ingredient of the human body. Cooking salt is present in all types of dishes like meats, vegetables, and fruit. It is mostly present in the salted food, pickled food, chips, and snacks food for the betterment of taste. Before the invention of the refrigerator the people used salt to keep their food preserved. Cooking salt is often used in the processing of cheese and butter products.

The salt can prevent the fruits and vegetables from becoming brown

Cooking Salt can be used for crisping of salad.

Boiled potatoes can be improved by adding salt in it to get rid of excess moisture.

Using some amount of salt can clean greasy pan easily.

· Cooking salt helps in regulating the blood sugar level, hence works as a boon for the diabetic patients.


· Iodine Present in the Cooking salt makes it a healthy thyroid.


· It helps to prevent the muscle cramps.


· Cooking salt also promotes the health of the respiratory system.